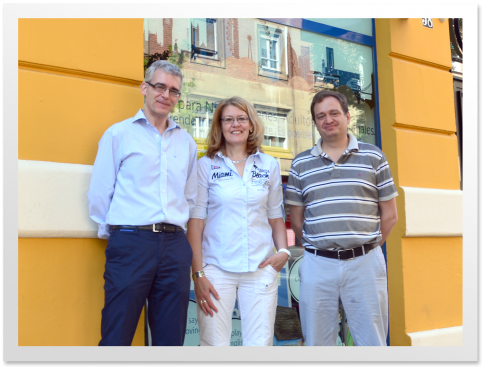 The two managing directors of Mortimer, Karola Scheer and Jürgen Nauditt, visited the Spanish city of Valencia for a couple of days to learn more about the situation of the Mortimer Headquarters in Spain which was set up by the Spanish Mortimer master franchise partners,  Javier Cidoncha Escobar and José Ignacio Pascual Lorente in summer 2012.

The master partners could not only convince of their warm hospitality with an interesting sightseeing tour in downtown Valencia and a culinary insight into the Spanish cuisine but especially the lively exchange of ideas and the setting of objectives was very auspicious. Great interest was drawn by  the strategic planning and further development of the local franchise system as the decisive Spanish managers aim for a number of at least 15 franchise partners until 2014.

The team of the Mortimer Headquarters in Herscheid is sending all the best wishes for a successful implementation of their targets.