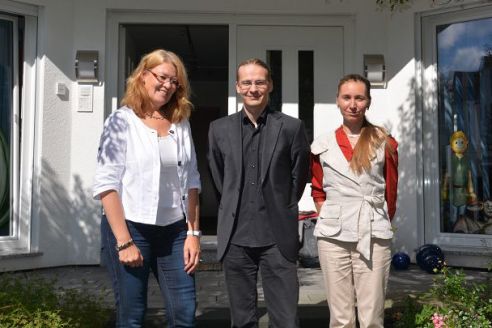 The International Headquarters of Mortimer English Club in Herscheid, Germany, is happy to have found a dedicated master franchise partner for St. Petersburg: Dmitriy Ganin, an experienced lawyer, will be in charge of the “Mortimer-expansion” in his region from now on.

Through his partner, Maria Oleynik, who has already been a successful Mortimer franchise partner in St. Petersburg for more than a year, Mr Ganin was able to get a perfect insight on the Mortimer concept. In Ms Oleynik’s learning centre he was furthermore able to ensure himself of the great fun the students have and the astonishing learning progress they make learning English the Mortimer-way. That’s how he developed the wish to participate in the Mortimer concept.

After several Skype meetings with the Headquarters of Mortimer and a personal meeting in June, last month the master franchise contract was signed. The master seminar followed directly after so that Mr Ganin is now ready to start building up further locations of Mortimer English Club in St. Petersburg and its surroundings.

We wish Dmitriy and Maria, who will be supporting him along the way, lots of success!