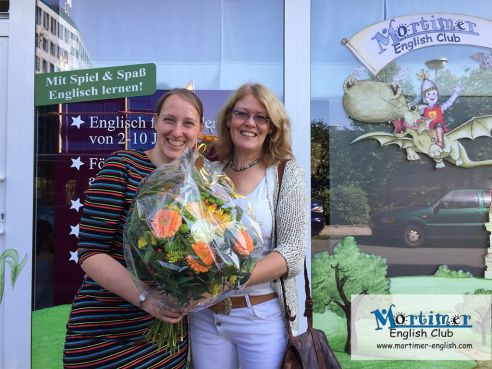 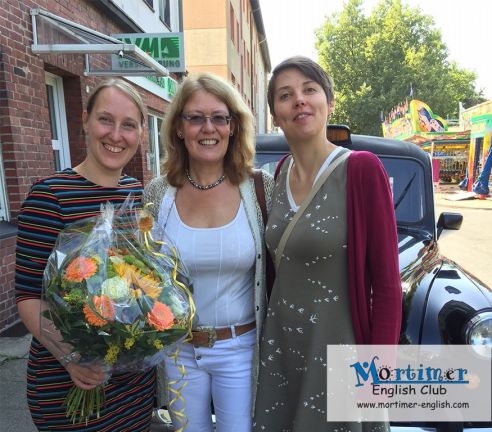 She had prepared many great surprises for her guests of all ages, there were two original English taxis on the doorstep which could be used to take a tour around Hattingen. Face painting for children, painting and handicrafts as well as a tombola also provided lots of fun and of course there was also plenty of food and drink. Our Managing Director Karola Scheer also visited Silke Koch in order to congratulate her personally. Also present was our illustrator Alexa Riemann, the creator of our unique characters such as Mortimer, Malcolm the Dragon, Betty the Bat and many more.

We wish Silke Koch continued great success and all the best and look forward to the next anniversary.